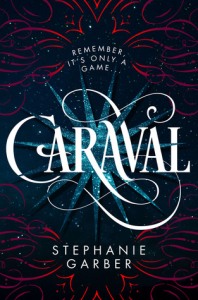 It’s only a game…

This was so magical! The world of Caraval and its performers was so enchanting!

Caraval is an annual performance overseen by Legend, a magical, mysterious figure. Those invited each year get to participate in the game-where the lines between truth and lies, fact or fiction, are blurred.
Scarlett and her younger sister Tella live on a tiny island with their father, the governor. He is abusive and downright evil. He has arranged a marriage for Scarlett, to a man from another island, whom she’s never met. He sends her romantic letters and she can’t wait to get married and be safe with him, away from her father. Tella argues there’s more to life than being safe, and how can Scarlett be so sure the Count she is to marry isn’t more cruel than their father? When they receive tickets to Caraval, Tella hatches a plan for Julian, a sailor, to take her and Scarlett away, against Scarlett’s better judgment.

Once there, Scarlett is swept up in a journey that seems impossible to complete. Full of magic, mystery, and danger, can Scarlett remember what’s real and what’s not?

While I loved this novel as a whole I was disappointed in two things: Scarlett was annoying and idiotic a lot of the time, but I guess that’s what made the character. The other thing I disliked was the supremely extravagant and somewhat disappointing ending, but it does lead in to a sequel, which is nice.

If you like highly descriptive, synesthesia-esque fantasy with a little romance thrown in, I highly recommend picking this up!

I received an advance copy of this novel via Netgalley. All opinions are my own! 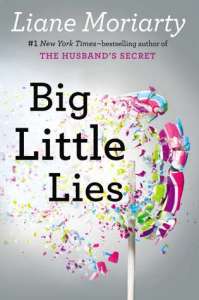 This kept me hooked until the last page! Full of lies, suspense, drama, and hilarity, Big Little Lies follows the lives of several mothers and how their secrets can upend a small village.

Jane is the young, single mom of Ziggy who is just starting out at school. Jane makes friends with Madeline, an impeccably dressed woman who speaks her mind and loves drama. Madeline’s best friend Celeste is loaded with money and always gives the best presents. The three of them form a sort of clique after another mom at the school accuses Ziggy of bullying her daughter and tries to petition for him to get kicked out.

Celeste and her husband Perry seem like the perfect couple-wealthy, blessed with twin boys and an exquisite home, but what goes on behind closed doors is a different picture than the one they portray outside. Madeline’s ex-husband left her alone years ago with a young baby and is now remarried to a vegan, yogi, peace seeking weirdo who is trying to turn her now teenage daughter against her. Jane seems like a loner, with no friends or family in the area. She’s not well dressed or wealthy like the other moms, and she has a few weird quirks. Her son Ziggy does not know who is father is, and it’s someone Jane tries to forget because he was a terrible person. She begins to wonder if Ziggy is taking after him once she hears the bullying accusations at school. Everyone is dealing with their own problems and secrets which makes for an intricately woven story.

The novel goes back several weeks before the school’s annual Trivia Night,  with multiple witnesses each offering their account of what happened that eventually led to the death of a parent.

While it deals with sensitive issues, it’s still somewhat lighthearted and funny. A definite read if you enjoy Lifetime movies! 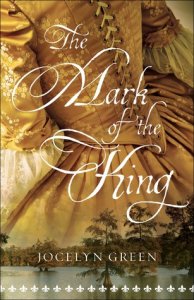 The Mark of the King is set in France and New Orleans during the 1720’s. Midwife Julianne Chevalier has been branded a criminal- a murderer to be specific, after losing a patient directly after she had given birth. Set out on a ship for Louisiana with other criminals, they are forced to marry and settle in the colony for the good of France. Treated like scum in a new place with little provisions, Julianne wonders how she will survive but she’s hopeful as her brother, a soldier, was last known to be in Louisiana.

While the premise of this story was great-historical, romance, intrigue, I was let down. Julianne’s character was reckless and irritating. Set during the First French-Chickasaw War before the French and Indian War broke out, this novel was obviously laden with graphic war imagery. Scalping, killing with tomahawks, an almost rape, floggings against women…it was almost too much to bear as I dislike reading such graphic violence! I did like the latter part of the novel and enjoyed the romance that eventually blossomed between Julianne and another character. This is an inspirational novel with Christian undertones yet it is not preachy, it’s a novel of how hope and grace can come from the darkest of times.

Thank you to Baker Publishing Group for this complimentary copy. All opinions are my own. 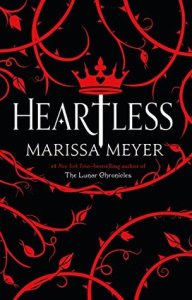 Before the villainous “off with their heads!” Queen of Hearts reigns, she was just a misunderstood girl who loved baking sweets. She didn’t desire royalty or marriage; she just wanted to have her very own bakery. But when foretold prophecies come true, we see a sweet girl become transformed into a merciless tyrant.

Cath loves baking delicious cakes, pies, and pastries. She want nothing more than to own her own bakery but her parents have other plans for her-to marry the boring, blubbering King of Hearts. At a party one night, Cath is surprised by Jest, the King’s handsome and fun jester who has yellow colored eyes and visits her window at night leaving trees and flowers in his wake.

The two begin a whirlwind relationship-visiting the Mad Hatter, narrowly avoiding the Jabberwocky, and discovering their fates from prophecies foretold by the Sisters. A magical, mysterious tale that gives insight to the sweet girl who is destined to become the ruthless ruler, the Queen of Hearts.

A must read for fans of Alice in Wonderland! 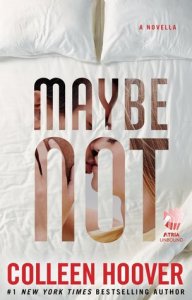 Maybe Not tells the story of Warren and Bridgette from Maybe Someday. I loved reading how their attraction happened and how they ended up falling in love. In Maybe Someday, Bridgette is terribly mean, and while I’m not excusing her behavior, in Maybe Not readers find out more about her crappy life and what she’s been dealt that makes her bitter and try to shut people out. I absolutely loved the chemistry between Bridgette and Warren! Warren is hilarious and a romantic. Even though this is just a novella character spin-off, I enjoyed it more than the full-length novel! 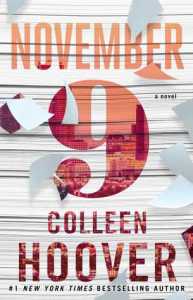 Fallon used to be a childhood actress until a house fire burns most of one side of her body and face. Ben is an aspiring writer. When the two meet in a cafe the day Fallon is moving cross country, there’s an immediate connection and they decide to keep in touch-but not in a traditional way. Only once a year, on November 9th. In the years that follow their attraction only grows stronger, but with that comes a lot of struggles and drama. Between family tragedy, heartbreak, and new relationships, can Ben and Fallon keep this up without completely destroying their own hearts?

As a whole, this novel didn’t blow me away but the secret/shocker was CRAZY and so emotional it redeemed the book for me! My heart was absolutely shattered and stomped on multiple times before it was mended!!

Oh, and if you’ve read Ugly Love, Tate and Miles make an appearance in this book as well! 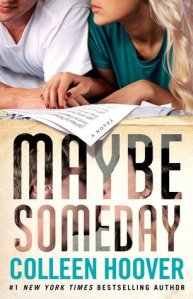 When Sydney finds out her boyfriend has been cheating on her with her best friend/roommate, she finds herself friendless and homeless, on her birthday no less! Ridge, her mysterious neighbor and talented guitar player, lets her move in with him and his roommates. Ridge plays guitar on his balcony every night and Sydney sits out on her balcony, listening to him, and coming up with lyrics to his songs before they officially meet.

Sydney and Ridge end up working together on songs for his band. He comes up with the music, while she comes up with lyrics. Working so frequently together causes an attraction to form, which would be great if Ridge didn’t have a girlfriend.

This book didn’t mess with my emotions as much as Hoover’s other novels have. Since Ridge has a girlfriend, I felt there was more romance and interaction between the two of them than the main characters. Plus, cheating…. cheating definitely happens in this book. I don’t like it in real life (obvs) but in fiction it’s not a deal breaker for me, except the relationships just didn’t seem to go anywhere. It wasn’t sexy or swoon-worthy. This was definitely my least favorite of all her novels, although I really liked what Ridge does at the end, that he ends up only doing for Sydney. (If you’ve read it, you’ll understand. It was beautiful.)

Our Beauty Cult
The Bookish Alix

Books, beauty and everything in between

The Beachy Reader
Liz Gets Lit

Getting through my infinite TBR list one magical world at a time.

Welcome to my li'l spot on the WWW

On that what makes my world go round

Escaping the real world through books

No one ever reads the same book. We all react to the written word differently. The following are my opinions regarding the books I have read.

with beauty, with food, with travel

For those of us who can't get ourselves to put real pants on and go to book club but still want to discuss our latest reads. Sweats and no bra required.

Come for the read. Stay for the food.